Is Tumblr Safe For Kids?

Tumblr is a popular social media platform that can be used to share blogs, pictures, and social content. If you are a parent and your children use Tumblr, then you need to know if is Tumblr safe for kids.

It is very important to know because we know that all social media platform creates both positive and negative effects on the mind of users. Some things can be acceptable for adults persons, but some things can create a bad impression and negativity in a kid’s mind.

First of all, you need to know that Tumblr is a microblogging platform and you can share your posts and links on this platform. It is mostly used by teenagers and kids these days, that’s why it is getting more popular day by day.

You can ask why we call it a microblogging platform, so microblogging means you can share blogs of shorter length, bookmarking, and pictures.

It is the best platform for those who want to promote their content by sharing links and small descriptions of content. Apart from this, now you need to know if is Tumblr safe for kids to use.

So, in this guide, you will learn why you need to know if is Tumblr safe for kids. How is this platform different from other social media platforms? Who can use Tumblr? and the popularity of Tumblr among kids.

Why should parents care about their kids using Tumblr?

There are some points you need to know if you want to care about your kids who use Tumblr.

1. There are very few privacy settings on Tumblr. Most of the posts are public by default but there is no way to change your post to private on the mobile application.

2. Tumblr used to be full of pornographic information. But now they are starting to remove that kind of content.

3. Anyone can put any kind of content on Tumblr. Tumblr also promotes unhealthy and very dangerous behaviors.

4. Tumblr also has the authority to share negative contents which are not good for teens and it gives a negative impact on teenagers.

How is Tumblr different from other social media platforms?

Tumblr is a microblogging site, so it helps you to block on Tumblr in a short way where you can find many templates and also you can customize them according to you.

Similarities in various social media platforms do not make everything equal like when it comes to Tumblr. Tumblr shows everything that may be good for you or not.

So, now you can easily differentiate Tumblr from other social media platforms.

Who can officially use Tumblr?

Anyone, whose age is above 13 can open a Tumblr account. To create an account on Tumblr, you must have a valid email address with a username and password.

You don’t have to add anything else, only age is the barrier that can restrict you to create a Tumblr account and this is the place where Tumblr fails. Otherwise, you can also create your account just by adding your email address, username, and date of birth.

How much popular is Tumblr among kids?

Tumblr is most popular among the younger generation. Research data shows Tumblr is used by people between the ages of 13 and 25. You will not believe that 45% of users come under the age of 35.

So, we can easily say that Tumblr is more among people of young ages. You need to know that Tumblr has an audience of both female and male genders, but there are more female users than male users on Tumblr. It means Tumblr is quite popular among girls.

We know that every Social media have some advantages and disadvantages. So if your children use Tumblr for sharing photos, then it is very important to know if it is safe for kids.

Adult people know about the threats and scams they can get while using Tumblr, but a kid is completely unaware of it. So, it is very necessary to teach them about what content and photos they can share on Tumblr to keep them safe.

Apart from that, you should also teach about the precautions that your kids need to take while using Tumblr. For this, you have to make a connection with your kids, so they can easily share with you how they are using Tumblr.

I hope you got this valuable information from this post and now you can analyze how your kids are using Tumblr. If you have any suggestions and queries, then mention them in the comment section.

What is the minimum age to use Tumblr?

A person having age more than 13 years old can create an account on Tumblr.

Why is Tumblr more popular among girls than boys?

How can parents keep their kids safe from inappropriate content on Tumblr?

You have to become the best parent who listens and cares about all things kids. You need to be friendly with your kids, so they can easily share all the activities they are doing on Tumblr.

If there is some inappropriate things exist on Tumblr, then you can teach your kids to get avoid those kinds of content and potential threats.

AT&T Smart Home Manager Not Working- How to fix

How To Get A Web Browser on Roku? 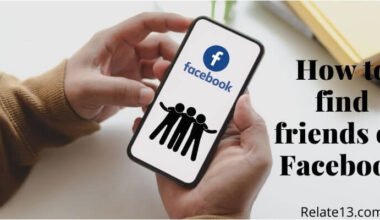 Read More
When you join Facebook, after submitting your personal information, you have to find friends. Facebook is a social…
SSocial Network 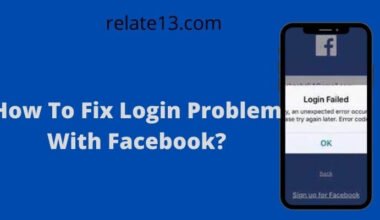 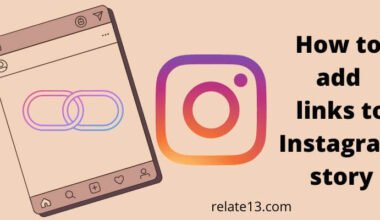 Read More
Instagram comes with new updates day by day. There is the latest feature available to add links to…
SSocial Network