How To Add Apps On Vizio Smart TV?

Missing some apps on Vizio SmartCast? There may be a chance that you may not find some apps which you wanna use. But if you wanna add these apps to your Vizio smart tv then this guide is for you.

However, Vizio releases updates from time to time and adds new features and apps to its SmartCast. If the App is available on your Vizio Tv then it will download automatically into your Tv when you connect your TV to the internet. So there is no need to download Apps on Vizio TV.

How does Vizio SmartCast Works?

Installing apps on Vizio Smart TV depends on the capability of the platform it is running on, its release, and the model series.

Read More: How To Get HBO Max On My Vizio Smart Tv?

Adding Apps to a SmartCast TV

Core apps are preinstalled on SmartCast TVs allowing you to directly select these apps. And allows you to access an additional group of apps that you can cast.

However, if you wish to add apps that are not preinstalled in the core list or the preselected mobile apps available for instant casting.

You must add those apps to your smartphone so that you can cast them to the TV like you do when using a Chromecast device.

With this, we understand that any app that is added is not available on the core Apps list. And installed on your TV resides on your smartphone and you will need to cast them whenever you wish to watch.

Adding an app is an easy process and is the same as you do it on a Chromecast device.

When Cast is initiated and the content is playing on the display or the SmartCast.

You can carry on performing other tasks on your smartphone such as – Making a phone call, searching for other content, and turning the smartphone off.

Even leaving the house with your phone will not at all interrupt the content which is being played.

It will only stop playing when the program ends or when a TV remote is used to perform another function on the TV.

Read More: How to Use Zoom App on LG Smart TV?

Core apps are in-built apps installed onto the TV and are directly accessible on the screen without casting. Below I have mentioned some Vizio SmartCast TV Core Apps

Managing core apps are quite easy, Vizio’s Customize App Row feature comes in handy when you want to manage the preinstalled apps.

This feature allows you to re-order the core apps that are displayed on your screen so that you can re-group your favorite apps together.

Here’s how you can easily use Customize App Row option:

Read More: How To Watch ESPN+ On LG Smart TV?

SmartCast – How Does it Work?

Google Chromecast platform is the foundation of SmartCast which allows to steam internet app content on a TV.

Through casting it from a compatible smartphone or tablet. It’s that the TV has a built-in Chromecast and you don’t need to plug a Chromecast dongle into the TV.

But the SmartCast app for smartphones or tablets goes beyond casting that provides control for all TV functions including – input selection, sound settings, and picture calibration settings.

The best feature I like is that the TV will automatically switch from the current source input to the casting source.

SmartCast also allows you to see what apps it is available when selecting a movie title or a TV, instead of going around to check each app to find that out.

It also provides you the recommendation based on your affinity.

Above in the post, I have mentioned different methods on how to add apps on Vizio Smart TV, how can you Customize SmartCast Core Apps, and how to add Apps to a SmartCast TV.

All the methods are comprehensively researched and tested before writing this post.

You can read about it above.  Hope this will help. Stay Safe! Comment below for any queries related to Vizio Smart TV. I will be glad to help.

Student Discount On Gymshark | Get 10% OFF Instantly 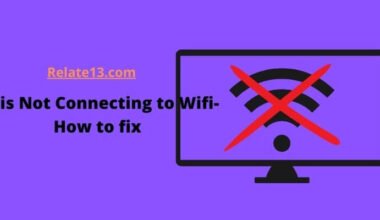 Read More
TV is not connecting to wifi? Is Tv or your router/modem have something to do with it? Let’s…
TTV GUIDE 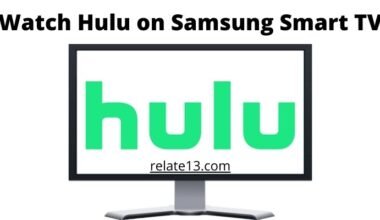 Read More
Hulu is a streaming app where you can enjoy all your favorite shows. You can watch Hulu on…
HHow To 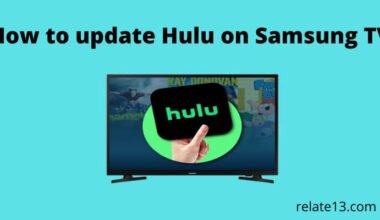