How To Take Screenshot in Windows 10?

Snapping a screenshot can be a usual thing for you if you are working in corporates or on laptops/desktops. But you might wonder why many of them still don’t know how to take screenshots in Windows 10.

If you are one of them, then just take a look at this guide and you will get to know many ways of taking screenshots.

Windows provides various features through which you can take screenshots effortlessly. Whether you want to capture the entire screen or just a portion of it in rectangular shape or free size, you can do it like a walk in the park.

So let’s get things started;

Microsoft’s latest operating system, Windows 10, is primarily designed for desktops and laptops. Taking a screenshot is a must-have feature on any platform, and Windows is no exception.

Using a few basic keyboard keys, you can effortlessly take screenshots on Windows 10. You can use them to capture a screenshot and store it in a folder.

In Windows 10 you have the option of taking a snapshot of the entire screen or just one window. Also, you can copy the snapshot to the clipboard and paste it into software like Microsoft Paint.

You’ll learn a few new key combinations to take screenshots in Windows 10 if you follow this guide.

How to Take Screenshot in Windows 10?

To take the screenshots in Windows 10, you can use any of these given methods:

1. Use Function key + PrtScn to take a Quick Screenshot in Windows 10

“PrtScn,” “PrntScrn,” “Print Scr,” or anything similar could be the name of the print screen button.

The button is normally located between F12 and Scroll Lock on most keyboards. To access the Print Screen option on a laptop keyboard, hit the “Function” or “Fn” key.

It will appear that nothing happened when you push the key, but the snapshot has been saved to your clipboard.

Save your Screenshot as a File

Take a Screenshot That Doesn’t Save?

Note:- You may need to hit the “Alt + Fn + PrtScn” buttons instead on some laptops and other devices.

Take a Screenshot of a particular Part of Your Screen

Read More: Use iMessage on Windows

For a long time, Windows has included the Snipping tool. Apart from a few bug updates, this utility was first offered in Windows Vista and has never received any additional functionality.

A screenshot can be taken of an open window, a rectangular region, a free-form area, or the entire screen using the Snipping tool.

You can use different colored pens or a highlighter to annotate your snips, save them as an image or MHTML file, or email them to a friend.

The Snipping Tool in Windows Vista, 7, and 8 has one flaw: it can’t capture screenshots with mouse movements.

You must utilize the Print Screen method to record something that requires mouse movement, such as pop-up menus and tooltips.

Snipping Tool now has a new “Delay” option in Windows 10, which allows you to capture screenshots of pop-up menus and tooltips.

Click Delay in the Snipping Tool software. Select the number of seconds you’d want to wait for your screenshot from the drop-down list.

By selecting the arrow next to “New,” you can now select the sort of snip you want to make. There are four different sorts of snips to pick from free-form, rectangular, window, and full-screen.

Unlike a typical snip, the screen does not fade out instantly. Instead, you’ll have 1–5 seconds to set up your screenshots, depending on the delay you choose.

This is a good opportunity to open that pop-up menu or tooltip that you wish to save. The screen will freeze and fade out when your seconds have gone, allowing you to construct your snip. If you select window or full-screen, the snip will be captured immediately.

Read More: How to Switch to HDMI On Laptop on Windows 10?

3. Use Keyboard Shortcuts with Game Bar in Windows 10

Game DVR is a feature in Windows 10 that allows you to record gameplay and screenshots from Windows PC games.

The Game Bar creates PNG snapshots, which it stores to “C: Users[your username]VideosCaptures.”

Launch the Xbox app that came with Windows 10 and visit its settings before you start utilizing the Game Bar.

Note that the keyboard shortcut will only work if you’ve checked the “Yes, this is a game” box for this particular game.

You’ll see a notification that says “Screenshot saved.” It will open to “Xbox > Game DVR > On this PC” if you click or tap on the notification.

Read More: How To Play MOV Video Files in Windows 10?

Each of Windows’ built-in methods has its own set of advantages and disadvantages. A third-party application is your best option if you take a lot of screenshots and want more versatility than the built-in tools provide.

Snagit by Techsmith is top-notch software that makes taking screenshots easy and has loads of options that help you target individual windows, create region photos, and even record the whole text of moving windows like web pages if you don’t mind investing a few dollars.

You can make short videos, annotate screenshots, draw arrows and shapes, and pretty much anything else you can think of using a screenshot tool. It’s a fantastic tool that we strongly suggest, particularly if you need to snap a lot of screenshots.

You can download a free trial to test it out before deciding whether or not to pay for it. It’ll be difficult to go back to Windows’ barebones tools after you’ve tried it.

Read More: How To Allocate More RAM To A Game On Windows 10 PC?

5. Capturing a screenshot (with the Game Bar)

Windows 10 has a different feature which is the Xbox Game Bar. According to its name, it really focuses on the Gaming Zone. It is used to take screenshots from the games. People who are running gaming websites used these screenshots to aware their audience, this feature is really good for them.

Greenshot is a free screenshot tool for windows. It has many shortcuts. Greenshot usually runs on a system tray, which also has man options like “Capture window from list”. You can quickly take a screenshot from a running window.

At the same time, I’d want to remind you that if you have any questions or concerns about them, please post them in the comments section below. We guarantee that we will respond to your inquiry as quickly as possible.

How To Reset Network Settings On An iPhone? 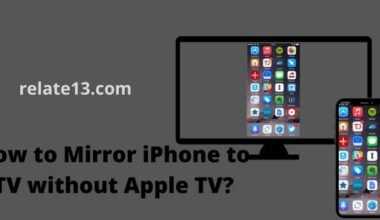 Read More
Spread the loveMirroring your iPhone’s screen to a larger device, such as a TV or PC, is one…
HHow To 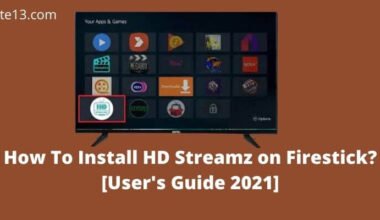 Read More
Spread the loveIn this article, I am going to tell you how to Install HD Streamz on Firestick.…
HHow To 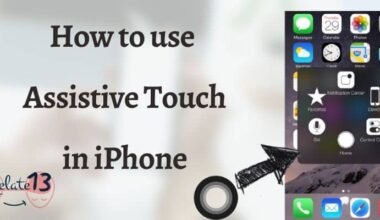 Read More
Spread the loveIn this article, we will see how to use assistive touch on the iPhone. But before…
HHow To 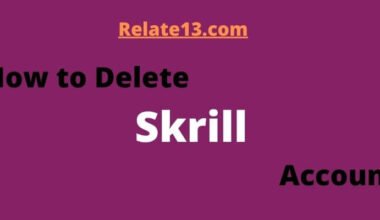