Is Roblox available on PS4 or Can you play Roblox on your PS4? How can I play Roblox on PS4 if I wanted to? There are too many questions in your mind but you will get all your answers along with this guide on how to play Roblox PS4.

Well, Roblox is available on Xbox one but not on PS4. And so far there has been no official word on whether it will be coming to PS4.

With over 107 million units sold, PS4 is the highest selling console of this generation as of February 2020 beating the likes of Xbox and Nintendo switch. And then there is Roblox with its over 60 million active users every month. The question that comes to everyone’s mind is, can they play Roblox on their beloved Sony console?

Roblox is one of the most popular gaming platforms out there for both casual and hardcore gamers. Roblox offers one of the most consistent experiences when there are multi-billion dollar game companies out there. With its huge player base, it is hard to ignore Roblox for PS4.

Launched back in 2005, Roblox has grown consistently over the years. What makes it interesting is its cross-platform capabilities, and availability on a wide variety of OS including Xbox One, iOS, Microsoft Windows, macOS, and Android. This can leave you scratching your head as to why it is not on PlayStation yet.

One of the most compelling reasons for the popularity of Roblox, apart from being cross-platformed, is its freedom to the developers to develop games of any genre. People get the freedom to create any kind of game they like.

The platform also allows them to earn from their creations. It is user-friendly where you as a developer can shape your imagination into actual games any way you like. Did we mention you can choose to play solo or multiplayer on Roblox? You can literally edit or create anything you like in the games made using Roblox.

There has been a recent announcement of bringing Roblox to PS4 and that has set the wheels in motion in the gaming industry. PlayStation is one of the world’s highest-selling consoles brings a lot to the table for developers of Roblox.

Many online tournaments use PS4 as their platform whenever they are hosting a tournament or scrims. Roblox games are comparatively easy to play and develop. They are not the most visually stunning games, but they are creative and very fun to play.

Roblox games can be played by simply going to their website and signing in. You will see a lot of games listed on the page either created by Roblox themselves or by other game developers. Some of the games are by the players themselves.

The only issue is, if you own a PS4, and go to their website, select a game you want to play, and click it, you are greeted by this message “Your current platform is not supported”.

Read More: How To Install Roblox On Mac?

Why Has Roblox Not Arrived on the PS4 Yet?

You no longer must wonder why the Roblox is not on one of the highest-selling consoles of all time. We have brought the answers for you. It was initially released as an exclusive for Xbox. That brings us to two possible theories as to why it never came to PS4.

1. The first theory is the exclusive deal signed between Roblox and Microsoft Xbox. There are a lot of discussions around this deal. One of them includes a distribution right.

Being such a deal, as evident from exclusive games for Xbox that Microsoft created themselves, it is not surprising Microsoft was not going to let this cow go before milking it to its maximum potential. These exclusive games, after all, bring a lot of revenue for Xbox.

2. The second theory is that Sony may not actually want the game because its Xbox One port was bad. You are not able to chat with your friends or other players the way you can on Windows PC or even macOS.

Also, you cannot access any regular game store for any of the Roblox games ported from previous generation consoles to Xbox One. Did we mention how bad the UI is?

With the above being said, it is understandable why Sony would not want this on their PS4 platform. This doesn’t necessarily mean it will never be on PS4. It can be in the future. But for now, it is officially not on PS4.

Read More: How to Play Roblox on Chromebook?

Is There Any Official PS4 Release Date For Roblox?

The unfortunate and sad reality is, no. Roblox has no official word on whether they will be coming to PS4 or not. Speculations are only speculations at the end of the day.

Though there have been job sightings for Roblox describing the job as requiring 3D porting engines that want to adopt from Windows.

This only concludes that the company is having issues porting the game to PS4 and it might just be a matter of time before we see a workable Roblox game on PS4.

Read More: How to Roblox Use FPS Unlocker?

How to Play Roblox on PS4?

The sad truth is you cannot yet play it on your beloved PS4. Yet. However, some users, even though rare, who have utilized the power of PS4’s web browser, know by now the things the browser is capable of.

Here is the steps for you to follow if you want to run Roblox on your PS4:

And you are done! You can now play Roblox on your PS4 from your web browser and your dual shock controllers.

Read More: How To Get Discord On PS4?

How to Sign up for Roblox to play on your PS4?

Some 4 years ago, there was some announcement from Sony that they are working on a port, but nothing has come to fruition yet. Sony is not a fan of cross-play, and we see no reason why they would change their stance now. There is plenty of speculation of it coming to PS4 or might even come to PS5, but there is no official word on it from Sony.

Sony did release Dreams for PS4, more reasons to believe Roblox might never officially come to PS4. Do not be disheartened though. There is always hope. We will all be crossing the bridge when it comes.

Best Stores Where You Will Get Cashback Using Debit Card 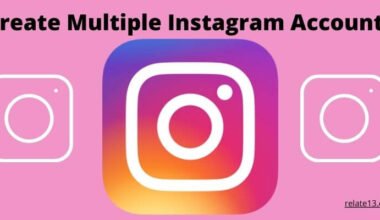 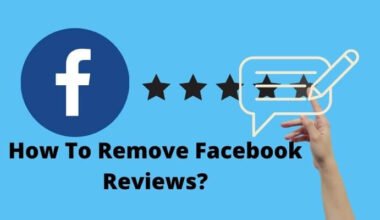 Read More
Spread the loveYour reputation is everthing if you want to succeed in market. Either you are competit in…
HHow To 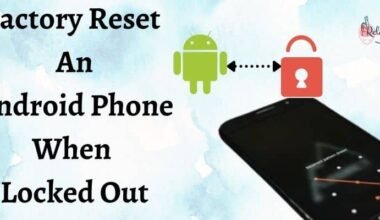 Read More
Spread the loveWhether you are planning to sell your android phone or clear out all the data, you…