With the help of Twitch on Xbox, it’s easier to go live and let your audience watch the live games. So the point is, how to get Xbox party chat on twitch?

Well, that’s what we will learn here in this guide. But, before diving into our topic directly, let’s first know what is Xbox Party Chat and Twitch.

What is Xbox Party Chat?

In case you have no idea about it, Xbox party chat is an official built-in chat application for multi-player games. These days gamers prefer voice communication with their teammates while playing multiplayer games.

That’s where they end up on Xbox Party chat where they are able to communicate verbally with their teammates for real. This is the easiest means to add your team to the chat. Using the console’s Party Chat is the best option as it comes from an authentic source and is easy to use.

If you are a gamer and never heard of Twitch? Then you are definitely missing this one! It is basically a platform that offers a wide variety of content for a good reason. For eg – talk shows, sports, food, live and recorded broadcast, and music. Through an app for mobile phones and gaming consoles, you can set up a live stream. It includes a live game that is being played, you can see the person who is playing the game and interact with him/her.

How To Stream Xbox Party Chat on Twitch?

As we now know, what Xbox Party chat and Twitch are. Let’s move on to our title How to stream Xbox Party Chat on Twitch.

Now I have tried this so many times that I failed and gave up and started raging because I couldn’t figure out how to stream my Xbox party chat on Twitch.

Now the main reason I wanted to do this was to get overlays upon overlays. Just to make my stream better which is very understandable from a streamer’s perspective, and after so many failed attempts finally, I did it.

It is very crucial especially if you are streaming an interactive multiplayer game to communicate with your teammates and to give context to your audience. Else your audience will be clueless and this will result in quitting the stream at some point.

Also, I have experienced many times users assume that they are also streaming, this makes them run all over the channels. The process of Streaming Xbox Party on Twitch is really simple and easy.

There are two different ways you can get Xbox parties on twitch. Firstly, you can instantly stream through your Xbox and secondly, you can stream using OBS. So let’s check out the first one. So all you need to do first is:

1. How to Broadcast through your Xbox on Twitch?

1. If you haven’t done it already, make sure you make an account on Twitch. It is very easy to set up because you need somewhere to stream to. Once you have done open up your Xbox and go to the main screen

3. Under the [Broadcast] tab you will see [Destination]. Both destinations go to Twitch, but one allows you to use Lightstream which gives a lot more assets and elements on your stream.

4. Just select [Twitch], below the camera position which allows you to put your camera in any corner or you can send it on any one of the walls in the frame of your monitor or screen.

5. Below that is [Broadcast Bar Position] all you need to do is simply pick the position where you want it to be.

If you are not aware of what the broadcast bar is, it tells you information about whether your camera and microphone are active, and how many people are currently watching your stream.

6. The next three things you see below are sliders dealing with audio. The microphone is your audio voice coming through your headset or microphone. Make sure to set this higher than your audio option

7. Next is [Party Chat] which includes all your friends that are included in your party who have shared their audio.

8. Underneath you have the option [Game Audio], this is all the game and volume assets, and ambient sounds. Make sure these settings are below your audio voice so that your voice is not getting drowned out while streaming.

9. The next very important setting is your [Bitrate], it is a simplistic way of putting it – the higher the number the better the quality you get while streaming

If you are confused about what setting you should choose, then you can go to the automatic button and it will run a test to see what your bitrate can be.

To know what your bitrate can be. Go to your Xbox setting, go to General, under General look for Network Settings, then go to Test Network speed & Statistics.

As you run, it will let you know exactly your download and upload speed. If you are new to streaming, I recommend you start with 720p. Because it’s going to be less tasking for you Xbox

How To Stream Xbox Party On Twitch via OBS? (No Capture Card used)

Now I will write down how you can stream your Xbox with OBS without having to use a capture card on your computer. This means you could still play the games on your Xbox while you get the benefits of OBS on your desktop/laptop such as overlays or stream labs alerts.

There are two requirements to do this:

1. Make sure both your computers and Xbox are on the same network. This can be the same WIFI network or preferably if you have connected through the ethernet cable. Because that will provide a more stable connection

2. You will need a Windows 10 Computer because we will be using the Xbox companion app. This is a free app you can download and install.

3. Now, turn on your Xbox console, once you have done that.

4. Launch the Xbox companion app on the PC

6. Once you have logged in to your Xbox account. On the left sidebar, there is an option [Connection] you will be able to see the name when you hover over it.

8. Now all you have to do is select [Connect]. This will connect you to your Xbox Console you just synced.

So now it’s time to configure OBS so that we can capture our Xbox gameplay using OBS.

1. Below you can see option [Sources], I recommend using display capture for this.

2. Though I have tried using game capture or window capture it never worked properly. So I found the display capture is the best for this use.

Now you can see OBS capturing all the Xbox gameplay. So, If you want to play around with more you can add anything you want.

Like stream labs alerts, overlays, texts, browser, or webcam there are a lot many options you can add to OBS. Besides, it is a great option if you don’t want to sink your money into a capture card at the moment.

Here is how can you Include Xbox Party Chat On Stream

1. Start a party and invite your friends

1. Press the Xbox button and open the guide

2. Go to the parties and chat section and start a party

3. Now select the invite more option and select the friends you want to invite to the party.

1. Press the Xbox button and open the guide

2. Go to the Party chat option and select Include my audio

That’s it you can now broadcast Xbox party chat

2. Go to the audio source and adjust the party volume

Streaming on Twitch can be a great option. If you are looking to build your brand, grab new business opportunities, or want to demonstrate your talent. The right gear, mindset, and content are all you need to become a professional streamer.

Though, it’s a little time-consuming process to set up your live stream from an Xbox. But it is worth it and also allows you to broadcast all of your favorite Xbox games to the biggest live-streaming platform on the internet today.

I hope the information I have shared out of my personal experience in this article will give you a great start on Twitch.

How To Listen to Music on Spotify? 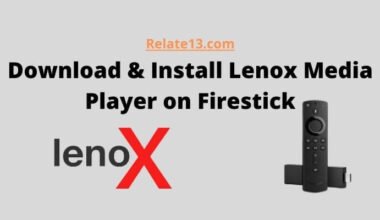 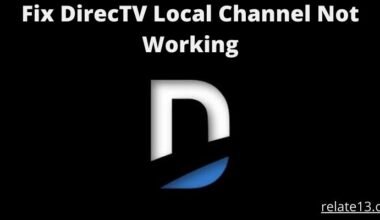 Read More
If you are unable to access your local channels on Directv then you don’t need to panic, you…
SStreaming 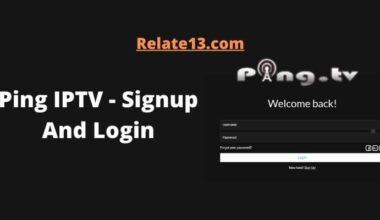 Read More
Do you want to stream a variety of content in a single go? Ping IPTV provides more than…
SStreaming 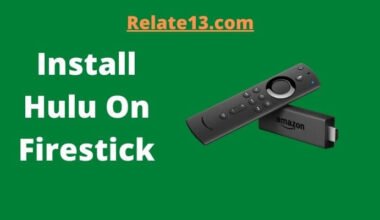